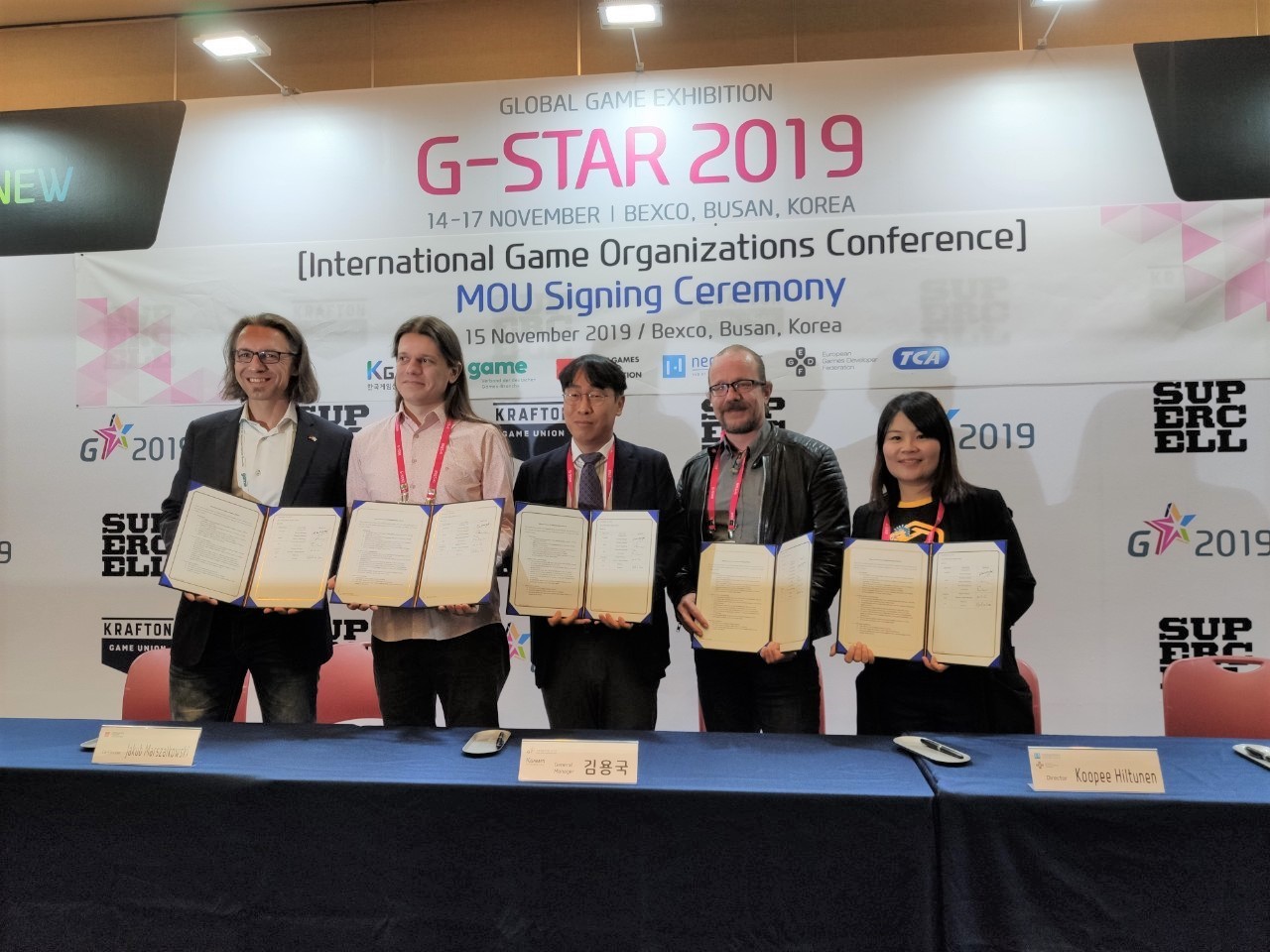 South Korea’s international game expo “G-Star 2019” wrapped up at the Busan Exhibition and Convention Center (BEXCO) last month. At the event, South Korea’s leading game companies made an all-out effort to promote their games and revealed several latest updates of their projects. Taipei Game Show was also there, showcasing at the B2B area. During the expo, Taipei Game Show signed cooperative MOU agreements as an international partner with K-Games, the German Games Industry Association, Indie Games Poland, and Neogames, and was also interviewed by a famous Korean media company. Taipei Game Show expects to have an even greater number of popular oversea gaming IP joining the show in 2020.

Taipei Game Show 2020 B2B Zone Delivers the Hub of Asia Pacific Game Industry; Trade Visitors from Over 20 Countries Are Expected for the Show Next Year

In order to increase the opportunities for the Taiwanese game industry to communicate with the international market, Taipei Game Show B2B Zone (Feb. 6-7, 2020) invites industrial giants from around the world to the show to foster interactions between the companies and delivers the most iconic matchmaking platform in Asia-Pacific region. The trade visitor pre-registration has already opened. Iconic developers and publishers from Japan, South Korea, Indonesia, Thailand, the U.S., France, Canada, and Israel have submitted as trade visitors for 2020. Registration ends on January 30, 2020. The Asia Pacific Game Summit, which will be held at the same time as Taipei Game Show 2020, will be focusing on 6 topics: Game Development, Business & Marketing, E-Sports, AR & VR, Indie Game, and Tech Trends. As for Indie Salon, the award-winning indie developers and highly-experienced game media will be the center of the stage, talking about their priceless experiences to the audience.