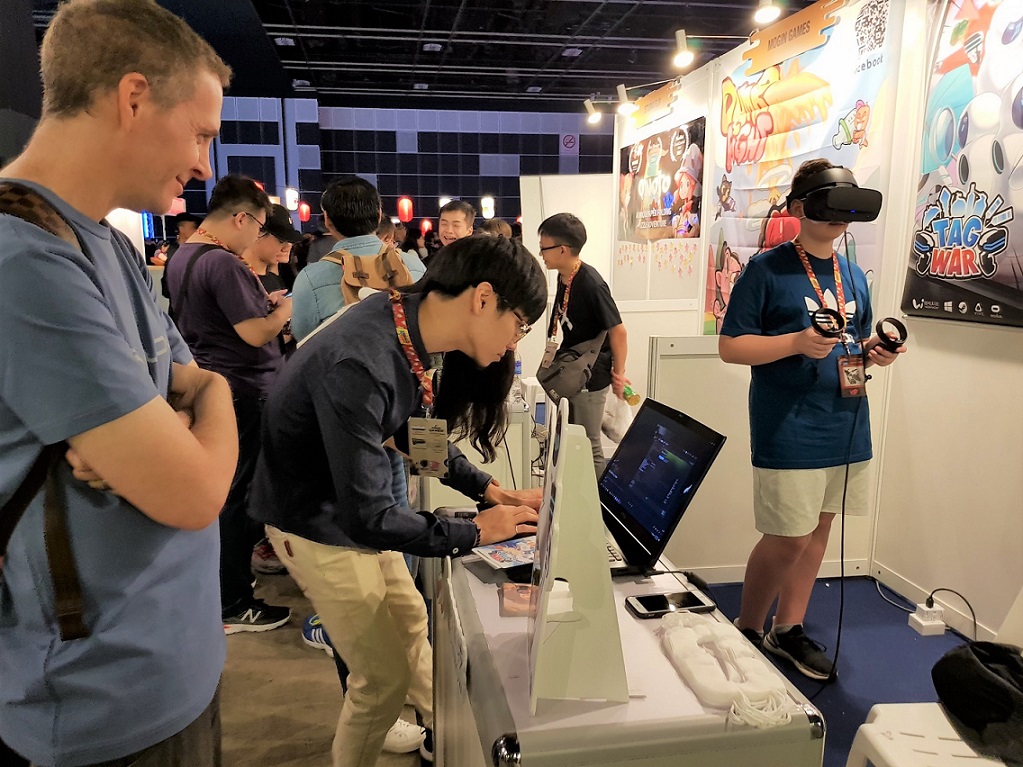 Over the past few years, Taipei Game Show (TGS) has worked hard to improve the global visibility of Taiwan’s gaming industry through strategic collaborations with high-profile expositions around the world. This year, Taipei Game Show led a total of 13 companies and indie developers to PlayX4, BitSummit, BIC Festival, GameStart, and ESGS. Through the outstanding demonstration, Taiwanese indie developers delivered, several of them received invitations to Samsung Developer Conference in the U.S.A and Indie Sector of G-STAR in Korea.

After kicking off a wave of Eastern dark fantasy fever with its “Qian-Shan Village” title, the Barking Dog Entertainment has come out with a strategy game called “Joycity.” In stark contrast to “Qian-Shan Village,” this game is cute and easy to learn, making it a popular title with families. MOGiN GAMES, which was taking part in its first oversea promotional event, came with its multiplayer party game “Dumb Fight.” When the developers commented on the size of Singapore’s independent gaming market, they stated that the market was small, several publishers jumped at the chance to speak with them about opportunities for cooperation, and now they’re planning to develop a Switch version of ”Dumb Fight” and to make their first entry into Game Developers Conference in the U.S.. Miso Studio, which specializes in multiplayer games, brought their newest creation, “Cuuube!!!!” In this game, players tap their screen to destroy meteors attacking Earth. This game was most popular with students. Studio Flip “Qinoto” and WOWWOW Lab “Tag War,” two games that were highly visible in many international events this year, were very well received at this year’s PlayX4 and BitSummit, respectively, winning recognition from many foreign publishers and media outlets. Other developers looking to participate in gaming expos are recommended to do the necessary research if they want to quickly get a handle on the style and language that appeal to local gamers. In addition to leading Taiwanese delegations to oversea gaming expos, Taipei Game Show has organized nearly 200 indie developers from around the globe for next year’s event, bringing together the industrial professionals and gamers to interact face-to-face.