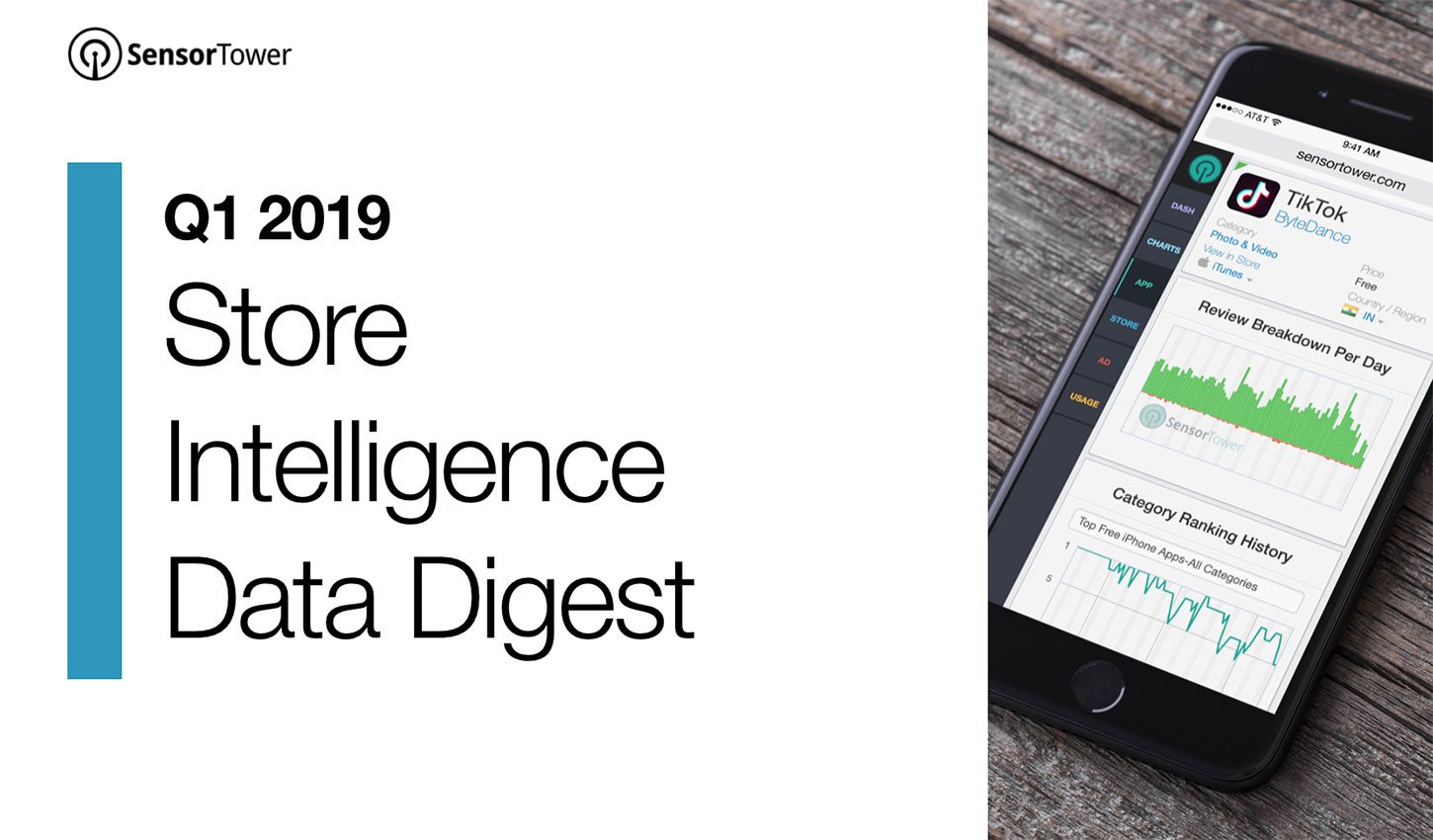 Last week, we delivered our overview of Q1 2019’s global app revenue and downloads, which surpassed $19.5 billion and 28 billion, respectively. Today, we are releasing our full quarterly Store Intelligence Data Digest, which contains the top apps, publishers, categories, and trends from the global mobile app ecosystem during the first three months of 2019.

See our top 10 charts below and get our free Q1 2019 Data Digest for download estimates covering the quarter’s top 20 apps and publishers, along with the leading categories, publishers, and trends on both stores. 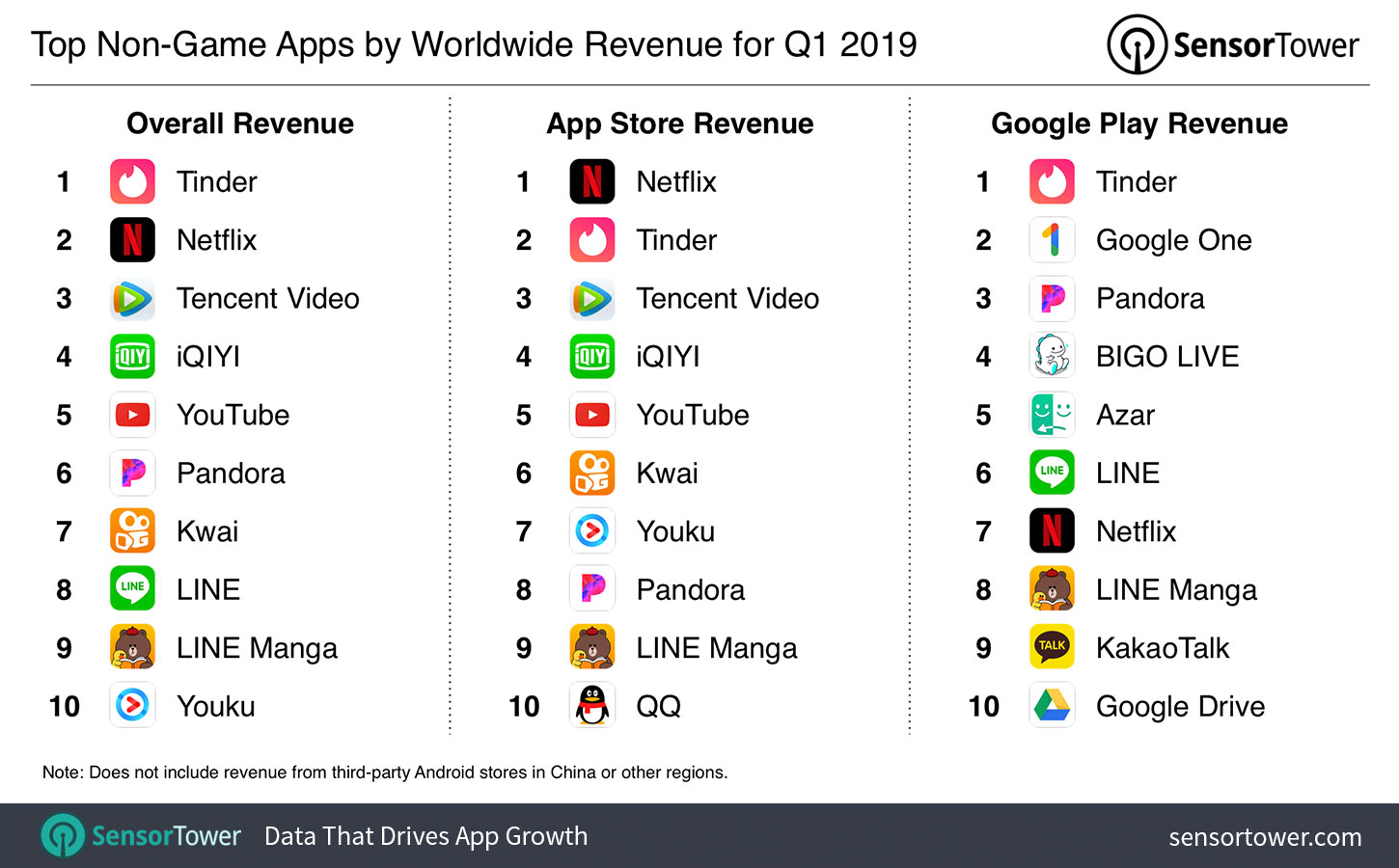 Facebook continued to dominate the download charts with four of the top five most installed apps overall, but social media phenomenon TikTok climbed to the No. 3 position, reaching No. 1 on Apple’s App Store. Its first-time installs for the quarter topped 188 million, growing 70 percent year-over-year. 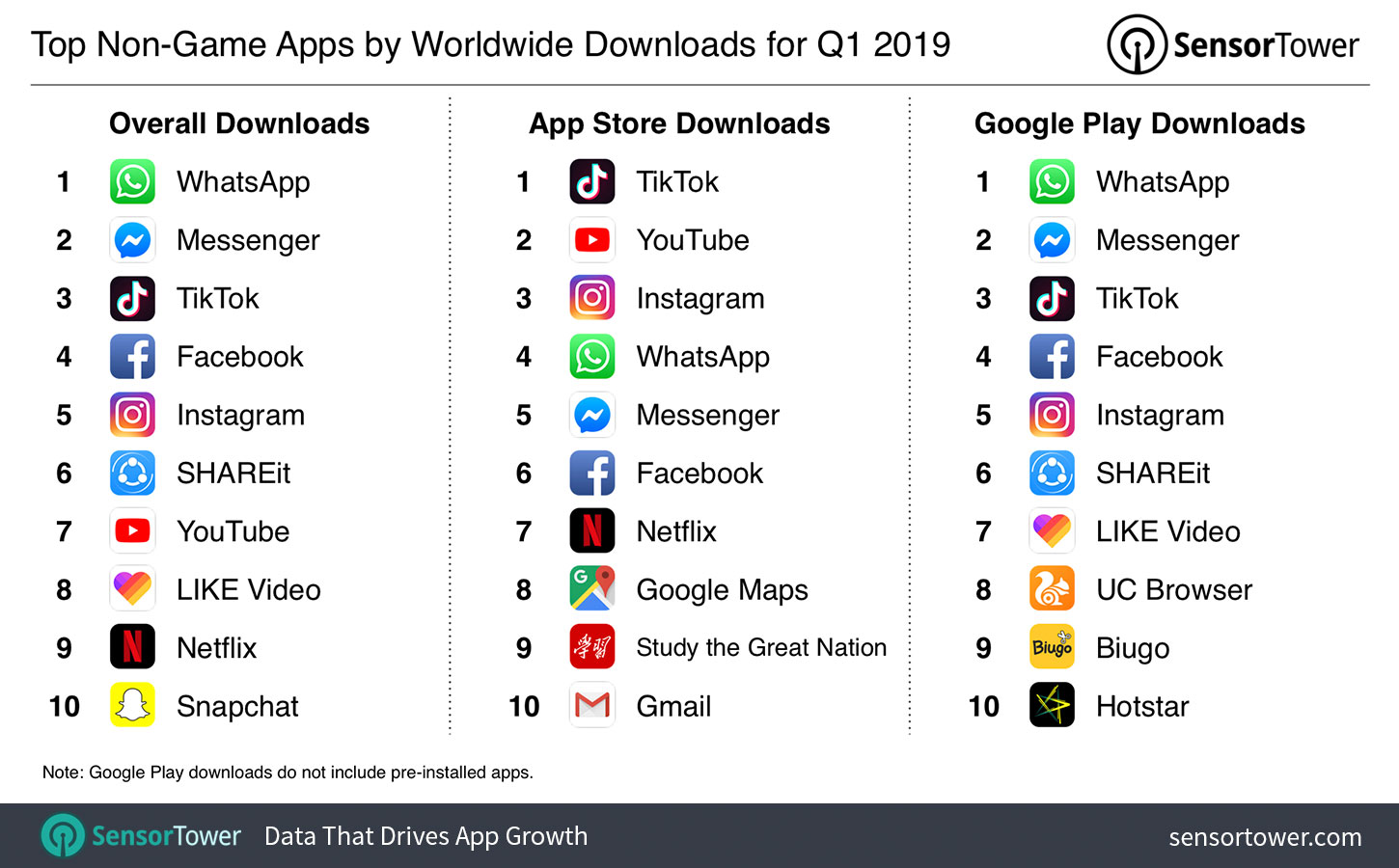 Games revenue was led by titles from Asia, which comprised eight of the top 10 highest grossing games during Q1. Tencent’s Honor of Kings continued its reign atop the charts, while Bandai Namco’s Dragon Ball Z Dokkan Battle fought its way up to No. 6 overall. The title’s revenue grew 29 percent Y/Y to an estimated $213 million. Buoyed by impressive growth in Latin America, Garena Free Fire entered the Google Play top charts at No. 10, while the latest release from Supercell, Brawl Stars, made it to No. 7 on the platform. 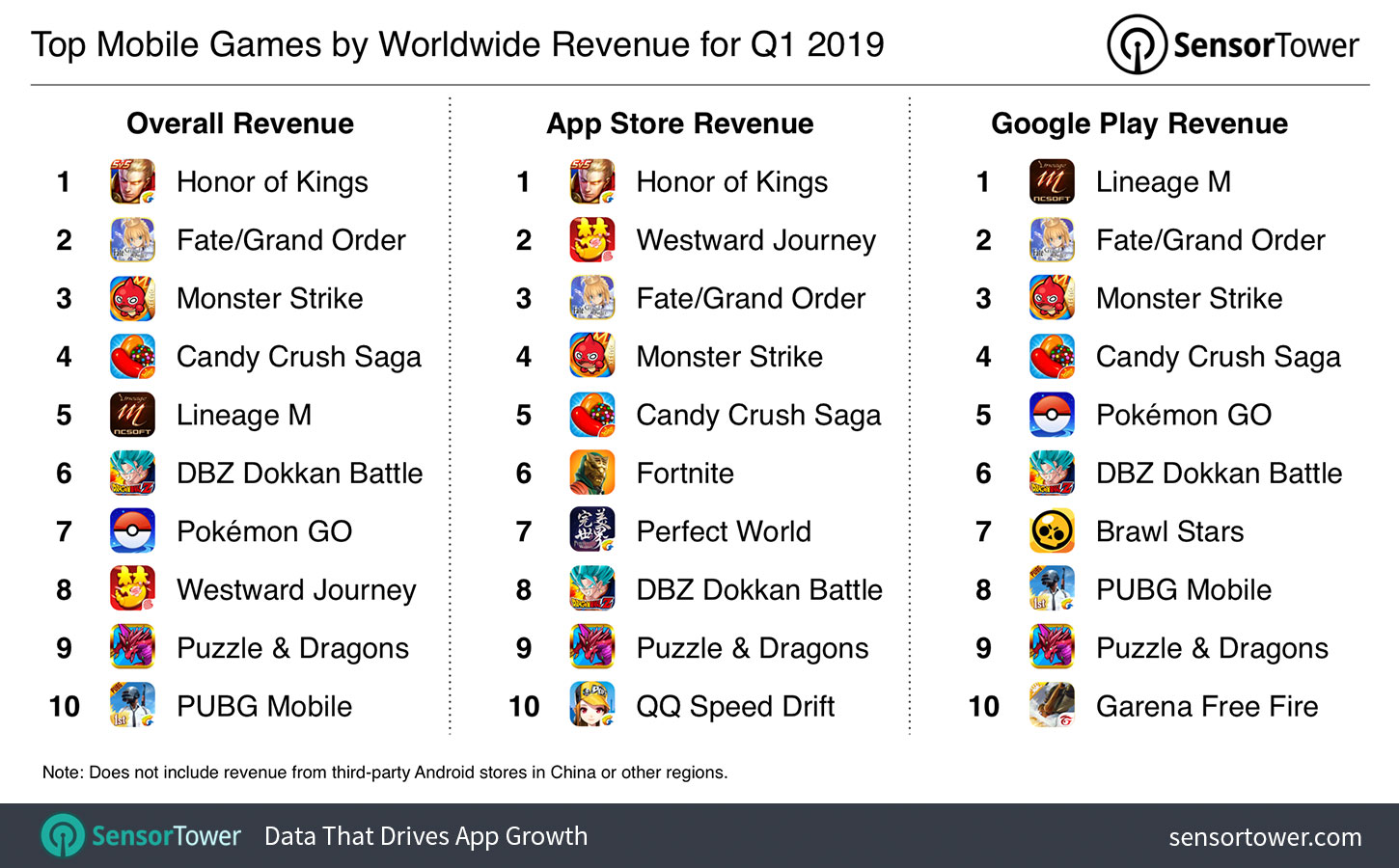 In terms of downloads, hyper-casual titles continued to enjoy vast popularity, but battle royale games put up an impressive fight, with Tencent’s PUBG Mobile and Garena Free Fire ranking at No. 2 and No. 3, respectively, overall. 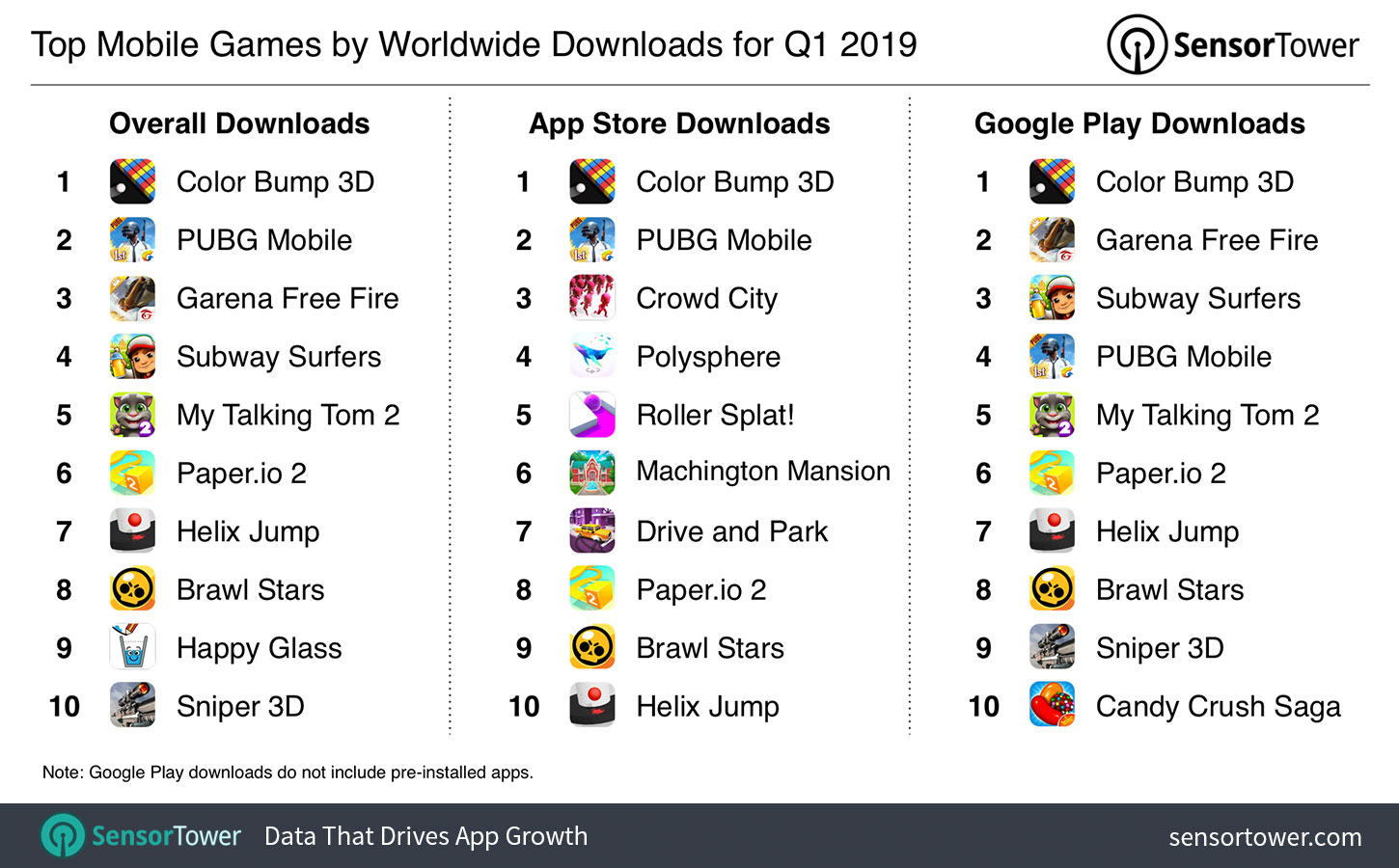 Tencent continued to lead overall app revenue last quarter thanks to Honor of Kings, while IAC, owner of Match Group and Tinder, stayed atop the non-game chart. 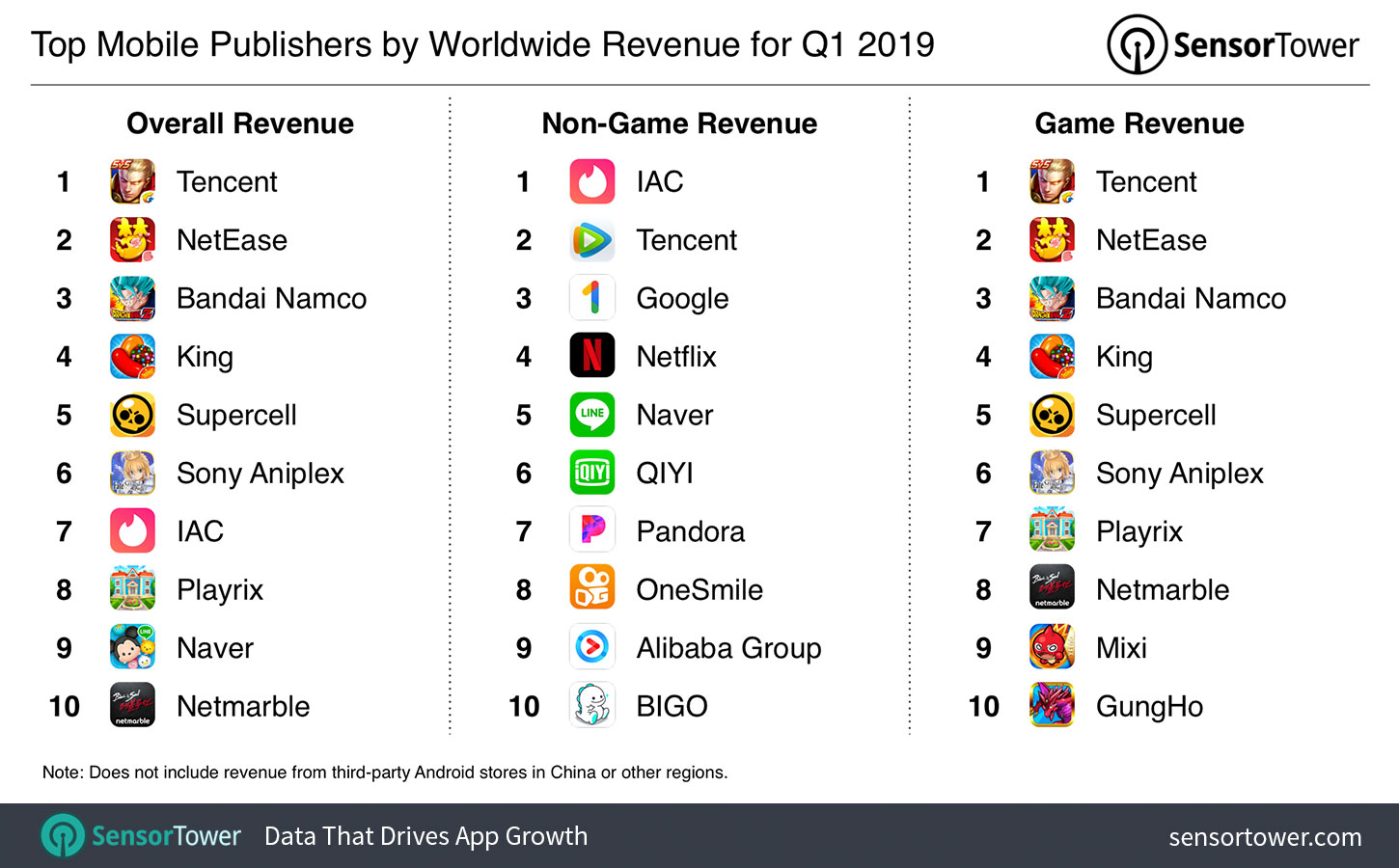 Facebook was No. 1 once again in terms of overall app downloads, while TikTok owner ByteDance moved up to No. 4, reaching No. 3 among non-game apps. Voodoo remained the leader in games installs, thanks to its consistent cadence of hyper-casual releases throughout the quarter. 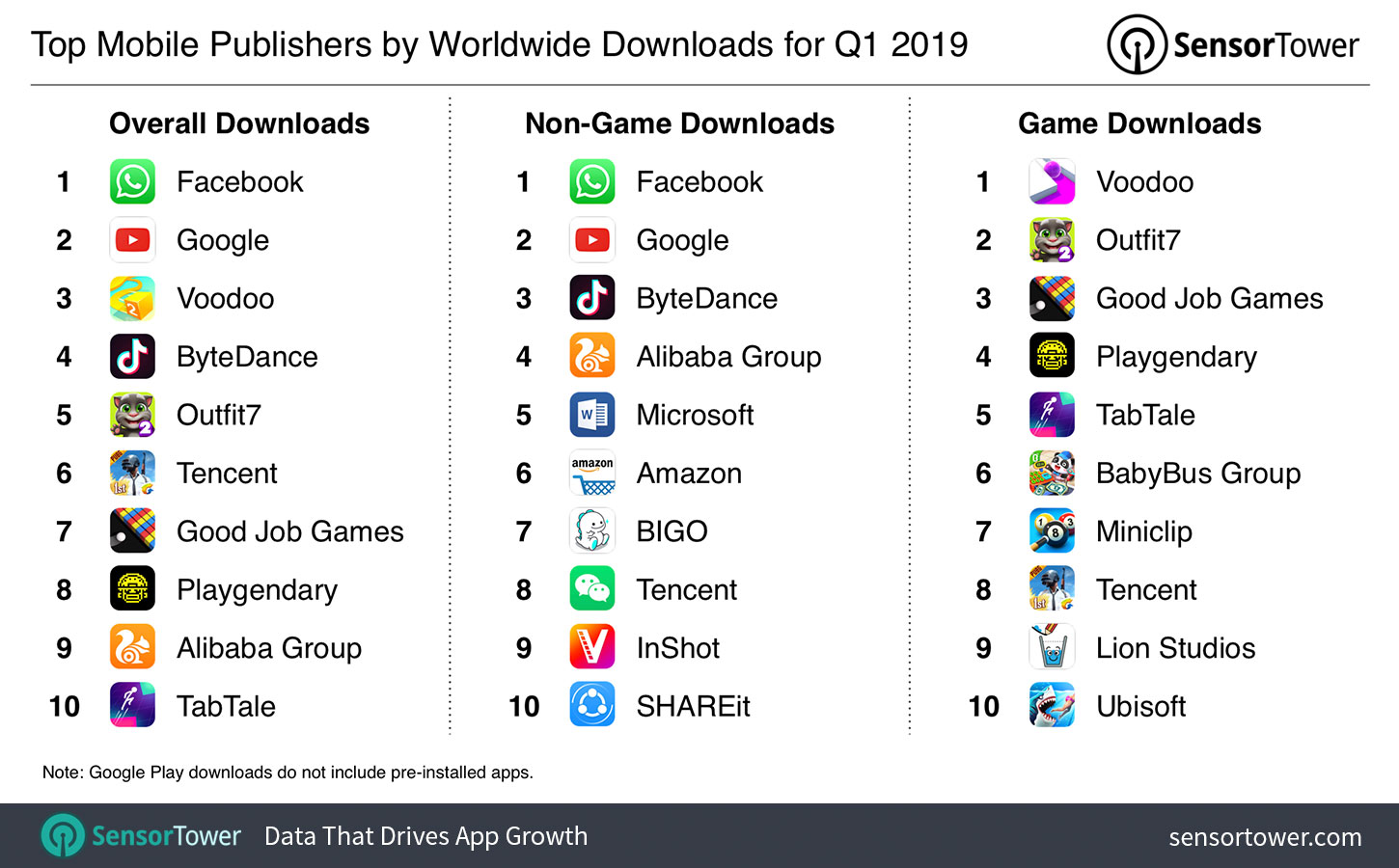