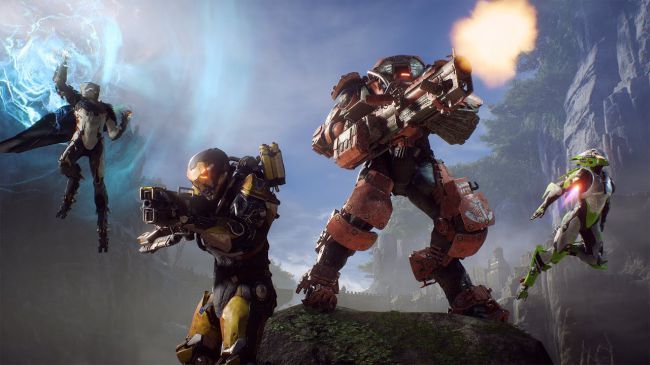 The Anthem experience has apparently led EA to reconsider how it launches large-scale online games. Electronic Arts acknowledged during its Q4 FY2019 financial results conference call that Anthem, which it expected to be one of its biggest releases of the year, did not live up to expectations. Despite all its problems, EA reaffirmed support for both the game and developer BioWare, but it also said that the experience has led it to realize that it needs to start handling large, live-service game releases differently than it has in the past.

"The reality is, it's not just an EA challenge, it's an industry-wide challenge," CEO Andrew Wilson said during the call, referencing the difficulties of creating and operating large-scale open-world games like Anthem. "You're moving from what was initially a BioWare game which would be somewhere between 40 and 80 hours of offline play to 40 to 80 hours of offline play plus 100 or 200, 300 hours of elder game that happens with millions of other players at scale, online."

RECOMMENDED VIDEOS FOR YOU...

That obviously has an impact on development and QA processes, but EA is also examining how it presents new games to potential audiences, with an eye toward managing expectations. Wilson said that in Asia, major online games generally go through a soft launch and multiple community tests before everything goes live, which enables EA to get a better idea of how they'll behave at scale. In the West, however, major publishers have stuck with older conventions: A "drip-feed approach" to marketing to "build up the appetite and excitement for the game," that leads straight into release.

"As games have gotten bigger that system isn't working as as well as it has done in years gone by. So what you should expect from us is that it's not just about changing the development processes in the game, it's not just about changing the QA process in the game—although both of those things are being changed dramatically inside our organization right now—but it also comes down to changing how we launch games," Wilson said.

"You should expect that we'll start to test things like soft launches—the same things that you see in the mobile space right now. And it also comes down to changing how we communicate with players. Our entire marketing organization now is moving out of presentation mode and into conversation mode, and changing how we interact with players over time."

"We think that we're in a really good position for this—I think this gets really hard if you don't have scale to do this, and so we feel very good about it ," Wilson said. "And over time we hope that we can lead from the front and help other developers and publishers change the way they do things as well."