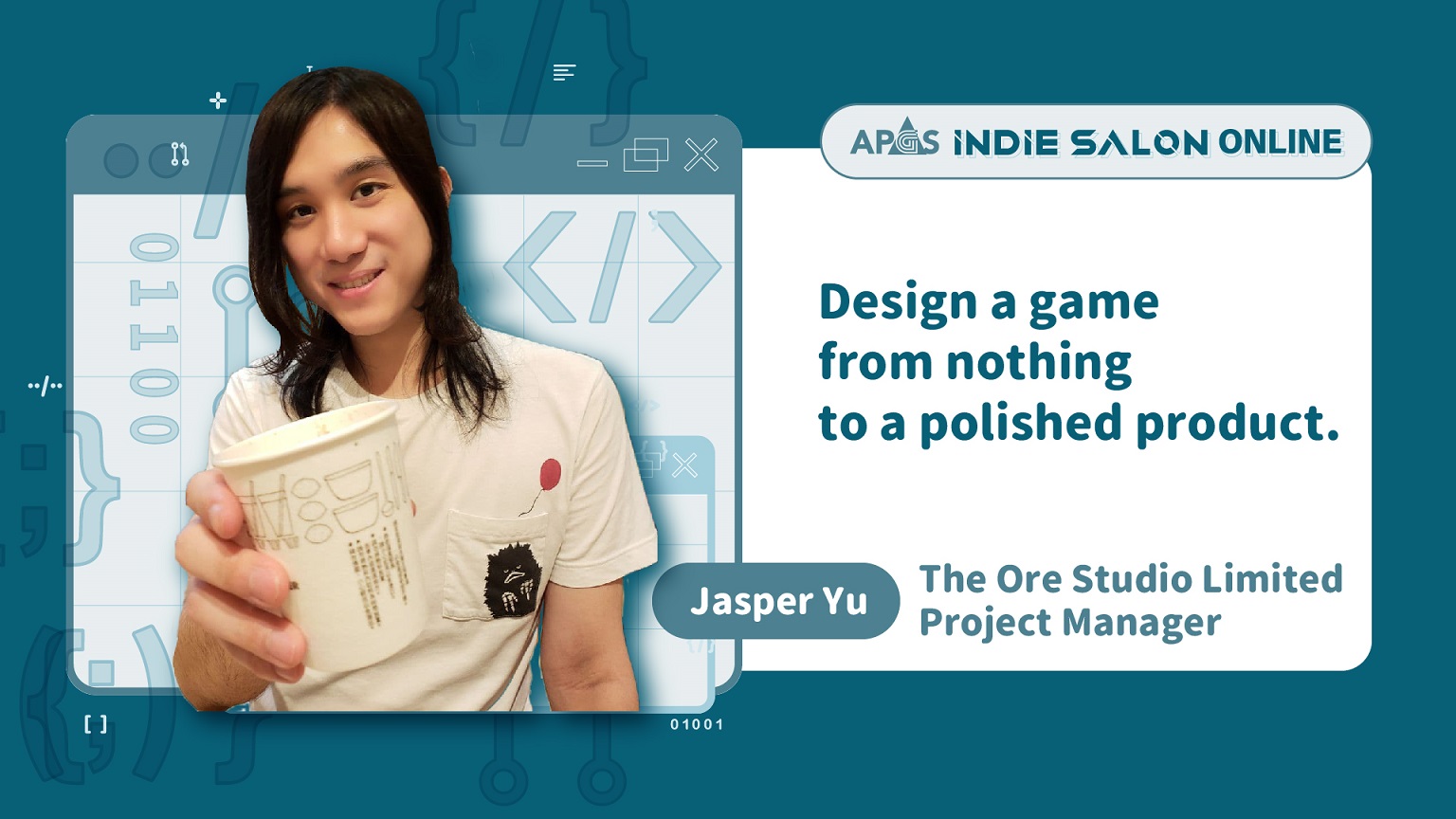 Every game idea is an “ORE”, which eventually shines brightly

Jasper Yu, used to work as a full-time client developer for “Tower of Saviors” in Madhead soon after his graduation. Now, Jasper is the project manager, the game producer, the game designer, the full-stack developer and the co-founder of The Ore Studio. “Every game idea is an ORE”, that is the belief of The Ore Studio, which means game ideas are waiting for artisans like you to polish, and then turn into gems and shine brightly.

In May 2021, The Ore published a mobile game called “Defense Force”. After being released for nearly one month, it accumulated over 50,000 downloads on Google Play and App Store. “Defense Force” is a mobile hard-core action game. The game sets players into the role of aliens who visit the Earth with their tourism spaceships. The defense force on the Earth misrecognizes the players as invaders and starts attacking. As a result, the players can only rely on the defense system of their tourism spaceships to protect themselves from the attacks.

ORE Peeled: The first step of developing a game - set up the main concept

A lot of indie game developers have tons of unique and innovative ideas, but how to convert these ideas into a concrete proposal? Take “Defense Force” as an example, Jasper had a concept set at the very first beginning of the development, which is to develop “a game with counter attacks only”. The next step, he thought of “how to counter the attacks”. Step by step, the center mechanism of the gameplay, “drawing a shield to deflect the bullets”, was born.

Sometimes concepts are not limited to the idea of gameplay mechanisms. Concepts could turn into anything. With the concept of “creating a game related to basketball”, that very same concept can turn into a game like “NBA 2K”, an action-packed sports game, or a management oriented game like “Basketball Star Manager”. However, the developers should always remember that setting a core mechanism on the game is an inevitable step for every game developer. Once the step is completed, you can move on to the next step of game development.

ORE Cut: Spot the edge of your game, and select a suitable platform for it

A lot of developers would try to publish their games onto as many platforms as possible, but it sure won’t be easy. Theoretically, games can be publisher onto any platform without having a problem. However, this action leaves out one of the most important factor – the user experience.

A game launched to different platforms will be played via different devices and controllers, which dramatically changes the gaming experience. The question now remains: How to make sure your game delivers the best performance and experience on different platforms? Which platform will be the most suitable one for your game? Check out the original video clip for the answer.

Ore Trimmed：Build a prototype and complete the structure

After the gameplay and the platform of the game are decided, we can move on to the next step: Building a prototype. During this stage, the player’s retention rate should be the number one priority, and this could also directly result in the game’s survivability on the market. How to make sure that the players are willing to go from one stage to the other, that is always the question the developers should give some thoughts into.

This is the importance of level designs. In Jasper’s opinion, in-game challenges shouldn’t be too easy to accomplish, but they shouldn’t be too hard that makes players feel desperate as well. Therefore, the key to a game’s survivability on the market is to design games based on players’ behavior and habit, creating a complete structure that makes players addicted to your game.

In addition to good level designs, games also need the elements of visual arts, sound effects, localization, resource packs, props, in-app purchases and so on. In this stage, developers will need to make many adjustments and changes to all of the things mentioned above. During the process, try to keep in mind that every alternation should be made under the premise of maintaining an unaffected core concept of the game.

When it comes to the revenue of the game, it should be one of the most valued elements for game developers. Generally, the revenue of the game comes in two forms: generated from players, and generated from ads. Regardless of different forms of revenue, it is crucial for developers to always think about “what do I want if I were a player?” In addition, “gameplay balance” is also one of the key factors that affect players purchasing behavior, and should be taken into consideration as well. If you sell overpowered in-game props to the players that make the game way too easy, it could easily result in the players’ abandonment on your game.

“KAKUGO” means awakening in Japanese. It is the one thing that is not directly related to your game, but affects the process of game development the most. Comparing to the large scale game companies, indie game developers have much fewer resources. Weekends and vacations are next to non-existent for these people. They need to work twice as hard to successfully accomplish the development of a game. Making a game by yourself could never be easy, but it will be the most important step for you to accomplish your dream.

《Get the full speech on YouTube:https://youtu.be/C3ndXOFT2T4》