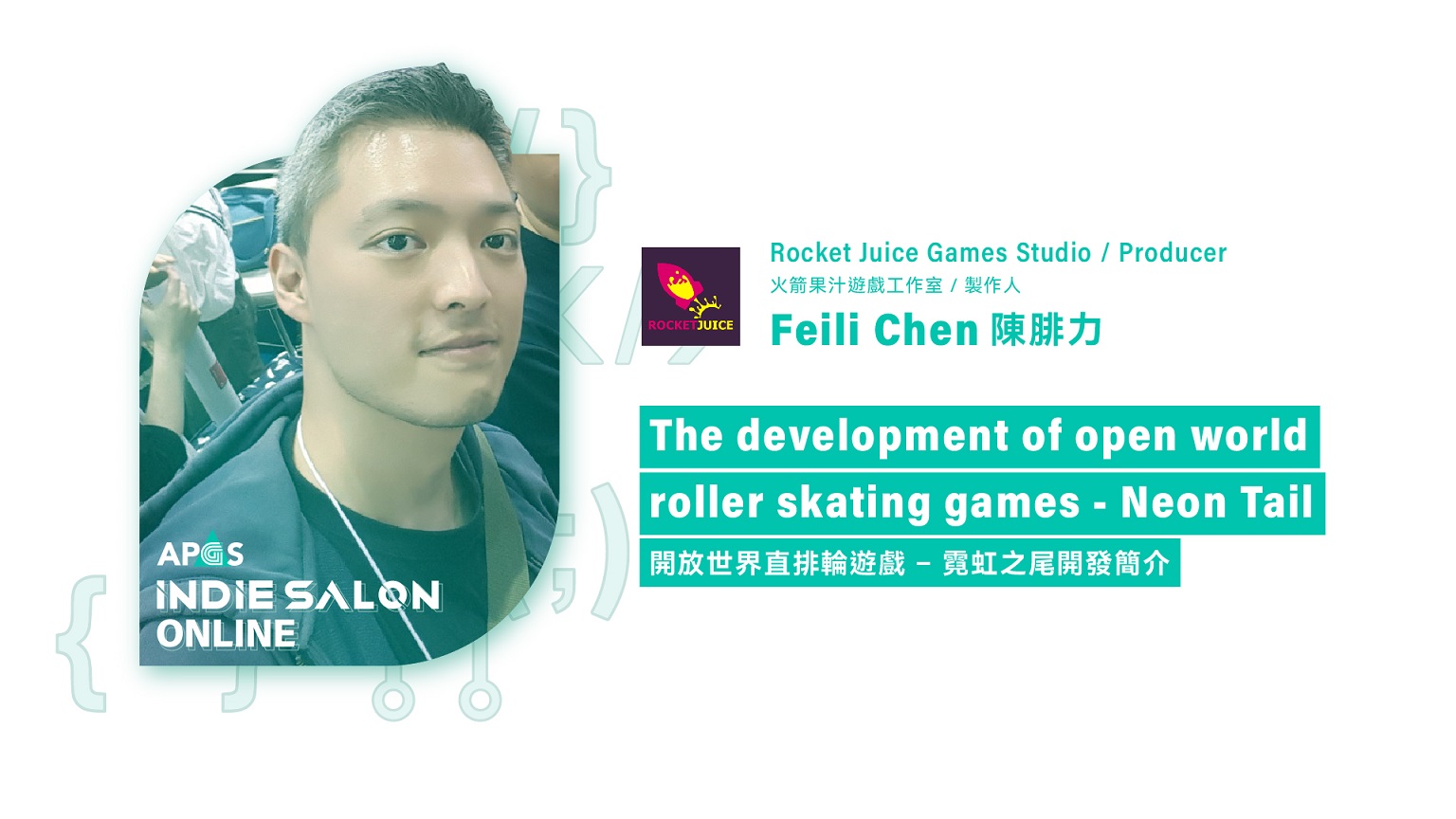 The journey started with the desire of creation

Feili, the speaker of the session, together with two friends from different industries, founded the company Rocket Juice Games. Leo used to work as a 3D artist for movies and Yang came from a Jade carving business. With a 17-year working experience in the video game industry, Feili and his team is in the development of their game “Neon Tail”.

Neon Tail is an open world roller skating game where players follow the adventures of a young girl who acquires super powers in a futuristic city before, during and after an alien invasion. The physics in “Neon Tail” takes the mass, momentum, grip power of the character controlled by the player into the consideration, and calculates according to the player’s movement to decide whether if the in-game character should be drifting, braking, turning or sliding.

The world of “Neon Tail”

Neon Tail is a peaceful pleasant futuristic city without soldiers, armies, and wars. By advancing the main story, crazy plots about exiled aliens and mysterious super powers will eventually trigger an alien invasion. Once the peace is brought back to the city, the pleasant world of Neon Tail will come back as well. The developer hopes that the characters and the story will resonate with every player.