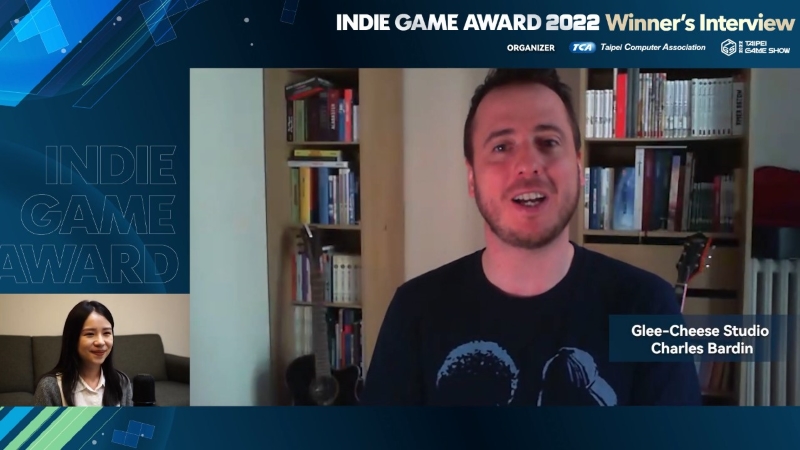 “A Musical Story” A Game that Tells Far More with Zero Dialogue.
A Conversation with the Developer behind the Game A Musical Story, developed by Glee-Cheese Studio from France, won the category of Best Audio Game in IGA 2022. The game was first inspired by a famous scene from the Pixar movie “Up”. The scene is the flashback of the main character’s life. The movie did so without any dialogue in it. The developer was deeply intrigued by the concept that they decided to put this into the game. The studio also revealed in the interview that a new project is under way, and they are super excited for it. Stay tuned for the studio’s latest updates. Q1: What inspired you to develop A Musical Story?

A1: From the very beginning in 2017, our goal was to create something truly unique. But it all started with very simple conversations: “I want to make a music game” “Ok, I love writing stories” “Well, let's make a narrative musical game!” It was as simple as that. Inspiration is always the easiest thing. Things become more complicated (but more interesting too) when you try to put it into a game eventually.

Q2: Why did you decide to narrate the plot through visuals and music without any text or dialogue?

A2: I think that we were worried about that even when the game released. We made such radical choices for the whole game! But I think it's also what makes it special. The idea of telling the story without any words came at the very beginning. We were talking a lot about the movie Up from Pixar. At the very beginning of the movie, there's a 4 minutes scene in which you can see the whole life of the character in little scenes, only told through music and visuals. That was the proof our idea could work. But we wanted to add an extra layer to this: gameplay.

This is the fantastic thing with video games, you can use this tool that no other media has: the gameplay, the experience, that thing that's impossible to share during a video or a stream. We wanted the player to connect to our character, to share his feelings. When the character feels really bad, it's not only the visuals and the music that show this, it's the whole experience, making you struggle when playing those moments. This is what I'm talking about when I say we made radical choices.

Q3: Does the music from the 70s have any special meaning to you? Why did you choose the 70s as the background of the game?

A3: There are two reasons why we chose the 70s. The first is that at a certain point, our artistic director, Alexandre, said to me: "I just saw Into the Wild, it would be good if we did a road trip, I could make beautiful images." I liked this idea, because road trips can be a way to show intimate and big things at the same time.

And then it all happened very quickly. The idea of the road trip led us to that of the van, and therefore to that of the 70s. This era in particular was very exciting for Valentin and I, as composers. We've been making music together since childhood, and the 70s have always been our main influence. We're huge fans of Pink Floyd, Led Zeppelin, Deep Purple, The Doors, etc. For us, they represent an immense freedom of creation. And it's this freedom that inspired us, that we soaked up, even more than the music itself.

Q4: What is the most difficult part while developing the game? How did you overcome it?

A4: Now more than ever, I think releasing a game is almost a miracle. All stages of the process bring their share of complexities. For us, it was certainly to find the formula that works, that when we play, the feeling is satisfying and that we want to see more. Convincing a publisher that it could work was also a huge challenge. We took each problem separately, and took the time to solve them one by one. It's a long process, very long, but it was the best way for us to work.

Q5: What element comes first during the game development? (e.g., the gameplay, music, or story?)

A5: We started by creating the main gameplay mechanics. Once we found it was satisfying, we created the plot, then storyboards for each scene, and then the music. It was the most logical way of functioning for our game: gameplay first, then the story, then the music.

Q6: What is the most time-consuming part in the game development? (e.g., music, plot, art design, or game programming?) And why is that?

A6: I guess it was probably art. We were two composers but only one art director. Even if freelancers helped him for animation, he had to do everything alone for all visuals. And he chose a very time-consuming formula, that of the vibration of the image. Nothing is created by the algorithm for this vibration. For each image, he had to create 3 variations that alternate to give this impression of movement. We're talking about tens of thousands of images for the whole game.

Q7: What is the next step for A Musical Story?

A7: The game should release soon in Asia, and we're super excited about this, as we see a real interest of the players for the game.

Q8: Lastly, please say something to your fans.

A8: Thank you so much for your support. We've been incredibly happy to see the reactions of people about our game, our music, our visuals, and our whole experience. There are very cool news coming, but I really can't share anything right now. Please stay tuned.