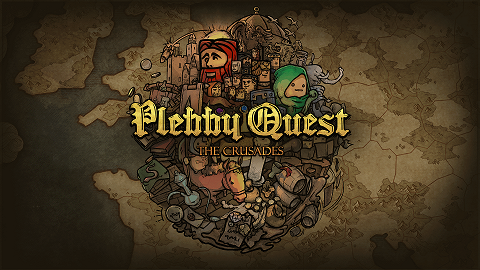 Indie House, one of the world’s largest indie game sections, closed its curtains a few weeks ago. Despite the global pandemic that prevented many teams from travelling to Taiwan in person, the organizer held an online ceremony to honor the recipients of 2021 Indie Game Award. The winner of this year's Best Design Award is Plebby Quest: The Crusades. Its developer, PiedPipers Team, from South Korea, discussed their thoughts on game development and shared their acceptance speech in this exclusive interview with Taipei Game Show.

Relive Childhood’s Favorite Games at Your Own Pace

Plebby Quest: The Crusades is a unique strategy game. Instead of designing complex options and functions that are popular among current strategy games, PiedPipers Team chose to simplify these elements with intriguing narratives and storylines, opening up a different perspective on strategy games. PiedPipers Team stressed that conventional turn-based tactical games require players to learn how to proceed in the game throughout the gameplay; however, once the players become familiar with these things, they start to get bored with repetitive actions. To solve this issue, the team added various minigames, as well as automatic mechanisms, to reduce the sense of repetitiveness as gamers progress through the game. During the interview, PiedPipers Team also indicated their main reason for developing Plebby Quest: The Crusades. It is not only a reflection of their own passion on turn-based tactical games, but also a desire to develop a game focusing less on competition, monster-killing and farming. Through emphasizing the storytelling and building up rich gameplay experiences, the team managed to relive the times with the games they played all night long as children in a more modern way.

PiedPipers Team admitted that their worst fear is not being able to complete this project while speaking of the development of Plebby Quest: The Crusades. They likened developing a game to running a marathon. There are times you feel like you’re the only person running the race, but if you retain your momentum, you’ll be just fine. PiedPipers Team also gave advices to developers that intend to step into the field of game development: keep your friends and family updated on the progress and show them each stage of your work. Their encouragement and feedback will be very important to you.

PiedPipers Team stated that winning this award was a surreal experience for them. It felt like getting a pat on the back from players and judges around the world, saying “You are doing great, keep up the good work”. They are out of words to express their gratitude.

As for their next move, PiedPipers Team told us that they will release a DLC containing two chapters in March 2021, and that they will continue to add extra content and optimize the game. They look forward to creating fun games for their fans and supporters.