TGS Updates
[IGA Interview]2021 Indie Game Award:Interview with the winner of the Best Innovation Award -- Team 9, The Beauty of a Game Made with Words Only 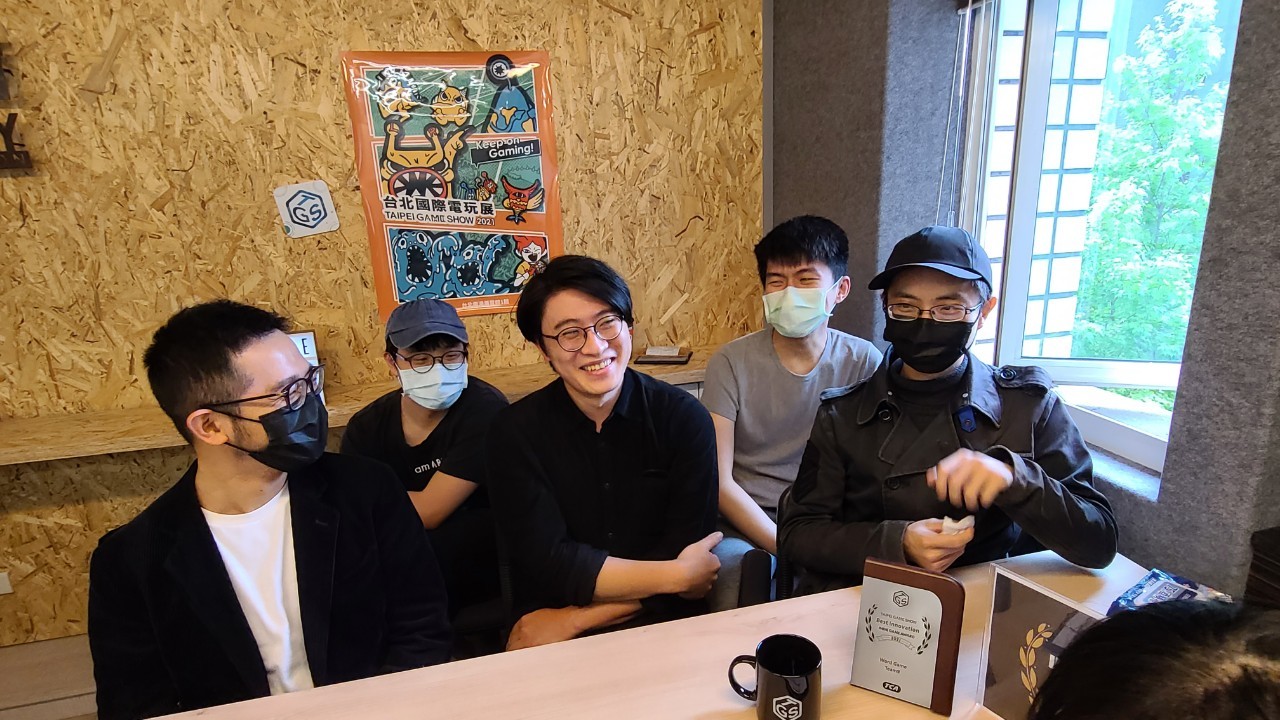 Indie House, one of the world’s largest indie game sections, closed its curtains a few weeks ago. Despite the global pandemic that prevented many teams from travelling to Taiwan in person, the organizer held an online ceremony to honor the recipients of 2021 Indie Game Award. The winner of this year's Best Innovation is Word Game. Its developer, Team9 from Taiwan, discussed their thoughts on game development and shared their acceptance speech in this exclusive interview with Taipei Game Show.

In Mandarin, Words in a Sentence can be Rearranged and Still be Understandable

The human brain’s active interpretation to the surroundings is very fascinating. A black and white picture surrounded by colored dots can be perceived as a colored picture in human eyes. The concept that Mandarin words in a sentence can be rearranged and still be understandable got Team 9 thinking: When a sentence misses a word, gains a word, or breaks at a different place, its meaning will change drastically. When everyone is saying, “Don't play word games with me”, Team 9 tries to produce a game made of words.

The phenomenon of semantic satiation also inspired the game’s mechanics. The effect of semantic satiation is a psychological term that indicates a phenomenon which a word or a phrase temporarily loses its meaning after an extended inspection or analysis by a reader. Reading novels is a major part of members from Team 9’s daily life. Whenever they return to reality from a novel, they would subconsciously add description boxes to the things they see. All these random concepts have formed a concrete idea in the end: presenting a game made of words. Team 9 stated that the development process was filled with challenges. For example, the team implemented a restriction for their own development—using only words to represent everything in-game—and they found it very difficult to place certain UI and tips under this premise. Adapting to the game’s core concept, the team made aesthetics over functionality in some places of the game. They had a hard time balancing out these two elements.

As for the script, narrative, and puzzle design, some players said to the developer: “This game has some expected surprises”. This is a very challenging goal for game developers to achieve. First of all, all game mechanics can’t be too repetitive for the players, but neither can they be too complex as all mechanics must enable players to enjoy the process of puzzle solving. The developer takes every player’s feedback and tweaks the puzzles’ priority and order, so the players could experience more “expected surprises” in the game. For those considering developing their own games, the first advice from Team 9 is to master the basic skills. You can work any idea into a game, but an idea alone is far from enough. You still need a concrete prototype that actually functions, and then you can start to build on top of that foundation. Don’t rush into making things just because. This is as dangerous as building structures on top of an illegal shack.

Team 9 also pointed out the tremendous responsibility that video games carry as a cultural medium. For people to experience traditional graphic designs, it might take as little time as simply “walking by” to finish the process. However, for people to experience video games, they need to devote a massive amount of time for it. If the developer made a bad game that takes 6 hours to complete and 10,000 people played this game, 60,000 hours would be completely wasted. This realization made Team 9 feel that game development is a great responsibility. They joked in the interview that they feel if their game is bad, there might be a “crappy game hell” waiting for them, where they’ll be forced to play their own crappy creation for eternity after passing away.

Another advice that Team 9 wanted to share with other developers is that “communication is essential”. Game development is a team effort. Unlike working solo, you can’t make a decision without checking with your team. You’ve got to take more things into consideration and continue to communicate with your team, making adjustments as required to ensure a smooth teamwork.

Finally, Team9 recommends paying attention to player feedback. Far too often, developers discover only after finishing a game’s development that players want a different end product. For example, a game might spend a lot of time on the narrative, but players might offer the most positive feedback on small components, like Easter eggs and surprises. If you are getting this kind of feedback, then consider making adjustments. As for future plans, they do not intend to localize the game into other languages. Words and language are the core of Word Game, localizing the game into a different language is the same as making an entire new game. Based on the feedback Team 9 gathered from the demo version of the game, non-native Mandarin speakers don’t have to be fluent in Mandarin to play Word Game. Players with a rough understanding of Mandarin characters will do. Players might even benefit from not being fluent in Mandarin to be able to think outside the box.

The main objective at hand for Team 9 is to release the complete version of the game. There are talks of future collaboration with font developers and releasing more DLC to expand the content. Through different traits and weights with different fonts, they hope to bring unique play styles and changes to the game. Furthermore, they are planning to work with streamers and looking to incorporate internet trends into the game. One of the most unique things Team 9 mentioned is the concept of using AR to deliver a “reverse text intrusion” experience to the players. A few examples of this idea will be “reading an acrostic in a poem” or “finding puns in street signs”.

Lastly, Team 9 wants to deliver a big thanks to all the fans that tried and experienced Word Game. The quality of the game will be the top priority for them. They wish to express their commitment and effort to the game through actions, and they invite the fans to stay tuned for the latest news of Word Game.