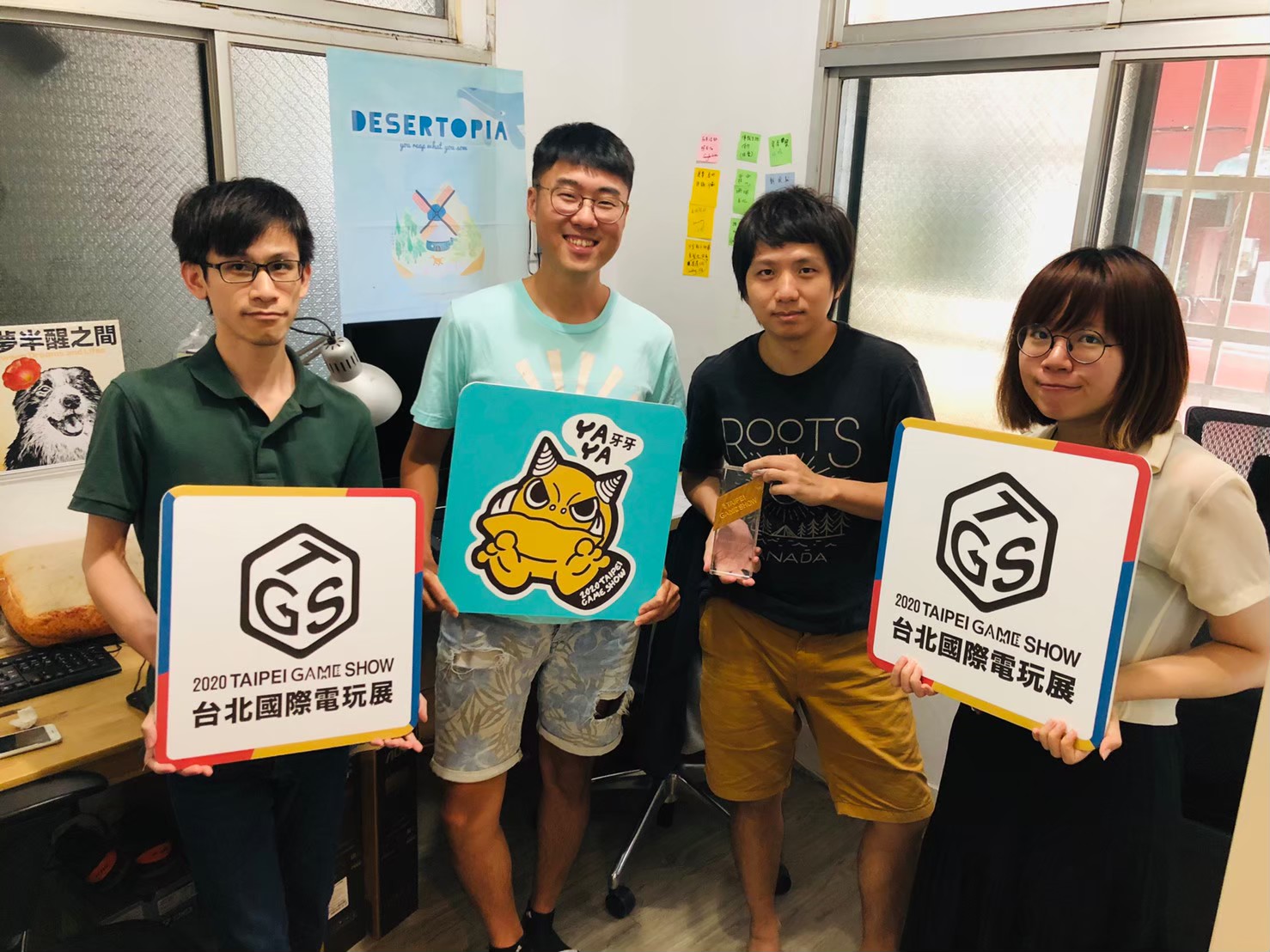 Taipei Game Show 2020 (TGS 2020) could not meet with fans in person due to the global pandemic. However, with the rapid advancement of technology, TGS2020 was able to bring the game industry’s best content to gamers’ eyes. As the organizer of the largest indie game section around the globe, the Indie Game Award Online Ceremony was introduced this June to recognize the accomplishments of talented indie game developers. After the online ceremony, we took the opportunity to have an in-depth talk with the award-winning teams and learn what receiving the award means to them. Subscribe to My Adventure, the game that won the 2020 Best Mobile Game Award, is developed by Gamtropy from Taiwan. In this interview, they talked about their game development experience and offered their acceptance speech. A Game that Simulates Social Streaming

But Subscribe to My Adventure is more than just a game: in many aspects, it is more like a life experience. When players enter the game, rather than assuming an invincible warrior’s role, they become a streamer faced with attacks from trolls on the Internet. Gamtropy mentioned that Subscribe to My Adventure is a game that simulates real life; what the players experience in the game will not be the stuff of common fantasy or adventure stories, but, instead, the social communities, the echo chambers, and the online ecosystem that people encounter in their daily lives. The team explained that the presentation of Subscribe to My Adventure went through several stages during development; the team didn’t settle this presentation until they studied streaming and social platforms, such as Twitch and Facebook. Gamtropy finally decided on the concept that combines live streaming and social communities, allowing gamers to play a streamer from first-person viewpoint and turning the streaming process into fights with monsters that advance the game. The team pointed out in the interview that Subscribe to My Adventure is not a pure RPG adventure game. During the process of game development, the team connected the game’s content to current events through script writing and level and event design that explore internet phenomena, social networking, influencers, etc. But the team admitted that Subscribe to My Adventure is, after all, a game; the key point is to keep the game interesting and fun for players’ enjoyment. The team would like to impart messages to players and raise issues for discussion, and if the players are able to reflect on or resonate with the content of Subscribe to My Adventure, great! However, making sure the players are having fun is still the team’s top priority, as this is the game’s original intention. Gamtropy said that winning the award over many outstanding competitors came as a surprise for them, but, of course, they were delighted to receive the award, as it was the team’s first. It felt like unlocking an achievement; moreover, winning the award would allow the team to focus more on their next goal. At present, only 40% of Subscribe to My Adventure’s entire content has been made available to players, so the team will continue to offer content updates. When asked about porting the game to other platforms, the team said considering that the game itself is based on a mobile interface and the team is best at developing mobile games, they have no such plan, although porting remains as a possibility. As for new production, they expect to start work in 2021, with, ideally, a speedy release.

During the interview, Gamtropy mentioned that they considered cooperating with real-life streamers, as Subscribe to My Adventure is a streaming related game. This plan is almost finished. Although the team cannot yet disclose the details of their cooperation plan, they did reveal that players will have the opportunity to encounter these real-life hot streamers in the game. As for how they will appear on the stage—well, let’s just leave off here! Please keep following Subscribe to My Adventure to get the latest updates.