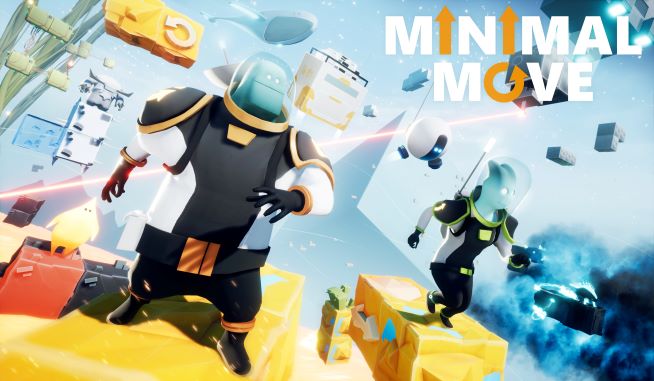 Taipei Game Show 2020 (TGS 2020) could not meet with fans in person due to the global pandemic. However, with the rapid advancement of technology, TGS2020 was able to bring the best contents in the game industry to the eyes of the gamers. As the organizer that holds the largest indie game section around the globe, Indie Game Award Online Ceremony was introduced this June to recognize the accomplishments of talented indie game developers. After the online ceremony, we took the opportunity to have an in-depth talk with the award-winning teams to get to know how receiving the award means to them. This year's Best Design Award winner is France’s Tako Studio, who developed Minimal Move. In this interview, they talked about their game development experience, and offered their acceptance speech.

Minimal Move is a 3D puzzle-solving game – a unique genre in the current market – offering exquisite graphics and funny characters. French indie game developer Tako Studio said that "Minimal Move" is a game derived from their beloved games. "I had this vision of characters walking on a little block. That is how it started. For the puzzle mechanisms, I’m inspired by Portal and LaraCroft Go… For fun and cute characters, I get inspired by Nintendo.” Tako Studio stated that visuals are the core of "Minimal Move". From cute character designs to a vivid and bright graphic style, the designers aim to make "Minimal Move" a game suitable for all ages, to be enjoyed by the whole family.

During the interview, Tako Studio stressed that in the early game production stages, they spent more than a year working on visual presentation design – in particular, on the game’s animation design. As the chief designer specializes in 3D animation, the studio spent a lot of time on in-game animations to present film-like animated cutscenes. Each level’s design started from its visual elements, with other designs following once the visual elements were settled. Tako Studio also mentioned that they spent a lot of time balancing visual designs with the level complexity. The studio’s design aims to provide players with the fun of puzzle solving along with superlative visual effects to enjoy.

Simple but Not Easy

"Minimal Move" may be a three-dimensional puzzle game, but Tako Studio pointed out that ‘the harder, the better’ principle doesn’t really apply to puzzle games. Instead, the game design should focus on fun and joy. Therefore, the team spent a lot of time on adjusting the game’s balance, so that gamers of different skills can enjoy the game regardless of their skill levels. Tako Studio also revealed that they hope to create a cooperative and interactive game featuring seemingly simple levels that actually require a certain amount of effort to solve, as well as difficult levels that are easier and more enjoyable to play in coop.

Tako Studio said that, during the three-year development period for "Minimal Move", they invited many players to experiment with the game and received a lot of useful feedback. The team shared their favorite experience with us. That is to watch children and parents having fun on the game together. Parents would rush to solve the puzzles and progress to the next level, while the kids would simply enjoy the gameplay itself. All in all, enabling a 5-year-old kid to enjoy the fun of playing and the parents to enjoy the process of puzzle-solving is what makes this game stand out among others. Tako Studio never thought they’d win the award, so they really appreciate the recognition from the TGS judges and the gamers. They stressed that receiving the award during this difficult time is, undoubtedly, their greatest encouragement. During the three-year development of "Minimal Move", they often took the wrong direction for various side stories and, before they finalized the game, they went through many trials and error cycles and corrections. For developers interested in game development, Tako Studio advises them to keep faith in the game they develop. The certainty would help you to carry on and produce great works. "Minimal Move" will be released on PC, mobiles, and home consoles such as Switch to allow more people to enjoy the game. Stay tuned for more good news from Tako Studio.