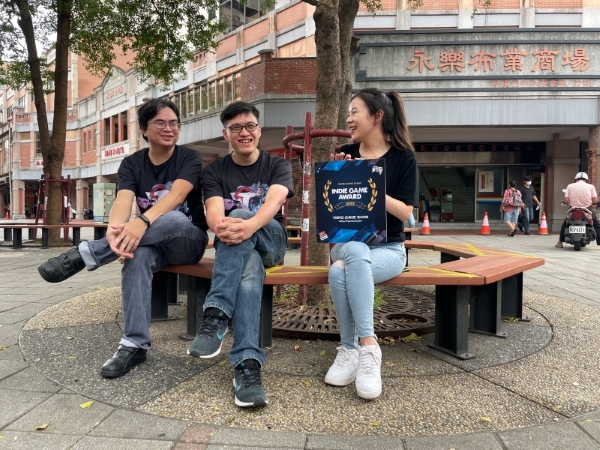 Chasing Dreams: The Indie Miracle – The Legend of Tianding

The Legend of Tianding, developed by the co-producers PP and Maso, won the category of Best Narration in Indie Game Award (IGA) 2022. PP and Maso were former employees of a famous gaming company but left to pursue their dreams. Originally a simple Flash game inspired by Maso’s thesis, The Legend of Tianding skyrocketed to fame and led the duo to leave their jobs and assemble a team to tell the story of a Taiwanese folk hero. The pair visited Dadaocheng in Taipei many times to ensure their game can perfectly capture the local landscape and even added Taiwanese elements: Gua Bao (pork belly bun), often touted as the Chinese hamburger, appears in the game as a regen item. Before launching, The Legend of Tianding generated a lot of hype in Taiwan and even around the world. After the game was launched, it received an overwhelmingly positive reception on STEAM and showcased Taiwanese culture to gamers around the world, making it a veritable Indie success. When asked about their game’s success, PP and Maso smiled but remained humble, saying that they believe games transcend cultures. All they wanted to do was create an incredible game and introduce the world to Taiwan! IGA Propelling the Game from Runner Up to Winner

“Before the IGA, we were always runner-ups, but since winning the IGA, we’ve gotten a lot of awards. The IGA is our lucky charm and now looking back, we’ve realized how invaluable the award has been for us,” the team admitted. Completing a project requires trust and teamwork. The Legend of Tianding, for example, was the product of Maso’s script which shaped the whole story, but Maso remains humble, saying that he doesn’t feel like his story was in any way spectacular. Instead, he emphasized that the story was highlighted by the art, music, and sound effect and so the glory belongs to the whole team.

The duo admitted that most of the game’s avid players are still centralized in Asia and that European and American gamers only account for around 30% of their player base. Players, however, are unanimously satisfied with the quality of the game. The team shared that they will continue to market their game and expand its impact. They also revealed that they will be launching Boss Rush - the free DLC content this month where payers will be able to challenge all the bosses in the game in a new format. An easter-egg character, the Turtle, will also be making another appearance. So make sure to keep your eyes peeled for the new updates!