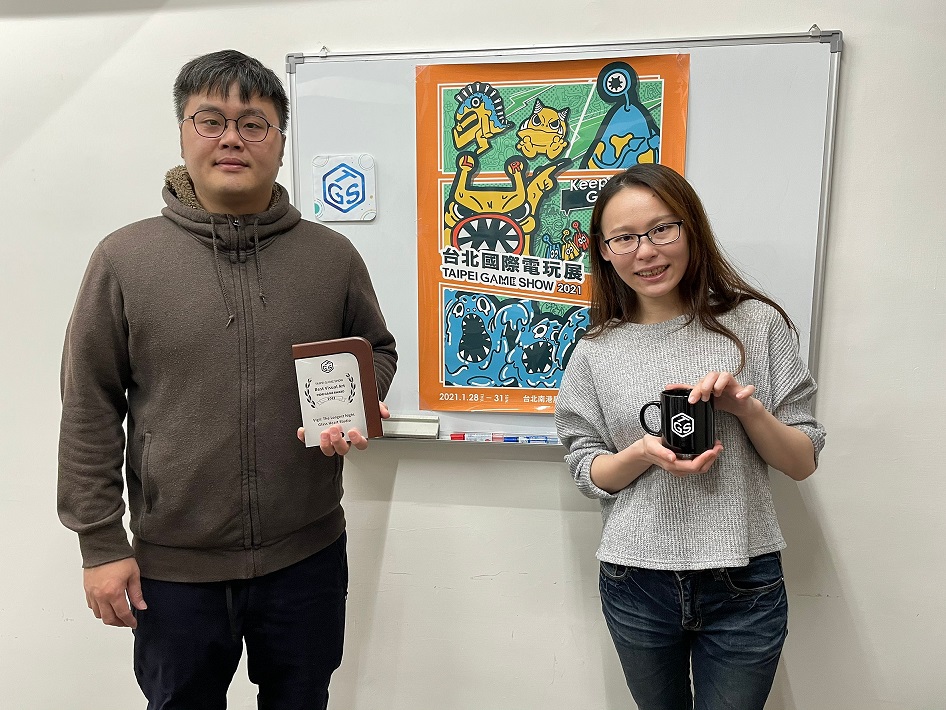 Indie House, one of the world’s largest indie game sections, closed its curtains a few weeks ago. Despite the global pandemic that prevented many teams from travelling to Taiwan in person, the organizer held an online ceremony to honor the recipients of 2021 Indie Game Award. The winner of this year's Best Visual Art is Vigil: The Longest Night. Its developer, Glass Heart Games from Taiwan, discussed their thoughts on game development and shared their acceptance speech in this exclusive interview with Taipei Game Show. Build Your Own Classic Game from the Classics

On Vigil’s crowdfunding page, the studio mentioned their love for action games like Mega Man and Castlevania when they were little. In the spirit of paying tribute to the classics, Glass Heart Studio began their fundraising journey. The studio released Vigil’s demo on Steam in 2017, and the success of this demo led to its crowdfunding project on Zeczec in 2018. Vigil raised NT$2 million in two months, giving the studio the courage to fully dive into the development.

One of the earliest versions of Vigil revolves around time control and time traveling mechanics like the abilities in the movie Tenet. Initially they wanted to create a puzzle solving game, but as the development continued, they concluded that making a fun puzzle game requires interesting game mechanics, so they decided to scrap their original design. While adjusting the character animation and movements to find the right game mechanics, the Vigil we know began to form bit by bit. A decision was finally made: Vigil is going to be a 2D action-adventure game.

With limited manpower and resources, Glass Heart Studio emphasized that one of the most important things they learned in the development process is the importance of maintaining communication and interaction with players. Producer Lin Li mentioned that a player actually sent him a message asking why he accumulated so many hours playing Vigil on Steam. Lin Li told the player that he is in fact a developer of Vigil, and that’s when the player admitted that he played a pirated version of the game. He liked the game so much, he decided to buy the game and support the team. “The most interesting thing is that there are more stories like this one,” said Lin Li. It’s Hard to Break into the Mainstream

Glass Heart Studio stated that because action games are considered a mainstream genre, players’ expectations are higher than the team anticipated. Things like fluid movements and responsive controls are just the basics; players have set a high standard for other aspects of the game, such as combat, feedback, level design, narrative, and the amount of monsters.

During the development of Vigil: The Longest Night, the studio tried many ways to invite players for testing. After the testing finished, they would collect feedback from players. By continuous testing and feedback collecting, they were able to understand what players expect and think of the current generation of action games. The studio made adjustments according to the feedback, and it is also the most challenging part of the development. Deciding on what needs to be changed and how to change it is like waging a war to the studio itself.

One piece of advice Glass Heart Studio would like to give would-be game developers is to develop something that’s interesting to you and something in which you have expertise in. Only under these conditions can you find the fun and essence of your game. Furthermore, you have to figure out your team’s strengths, and work with these strengths to give players what they need. Lastly, you must follow your development schedule and manage your project well, so you don’t run out of resources and funds quickly. Finally, if you can, try to participate in developer gathering events, verify your game in the market and research it. Adjusting your game content according to the market response will be a solid method for you. Vigil was nominated for the Indie Game Award for two consecutive years, and they won the Award for the first time this year. Glass Heart Studio stated that recognition from the Indie Game Award—especially for Vigil’s art—produces a spectacular feeling. They felt like they had been acknowledged. To be able to accept the award at the Taipei Game Show in person made for an especially emotional moment.

As for the team’s future plans, their current task is to finish DLC. They are not looking to drastically adjust the core game beyond minor fixes. When the DLC is officially released, Glass Heart Studio’s next step will be to take a vacation. (LOL)