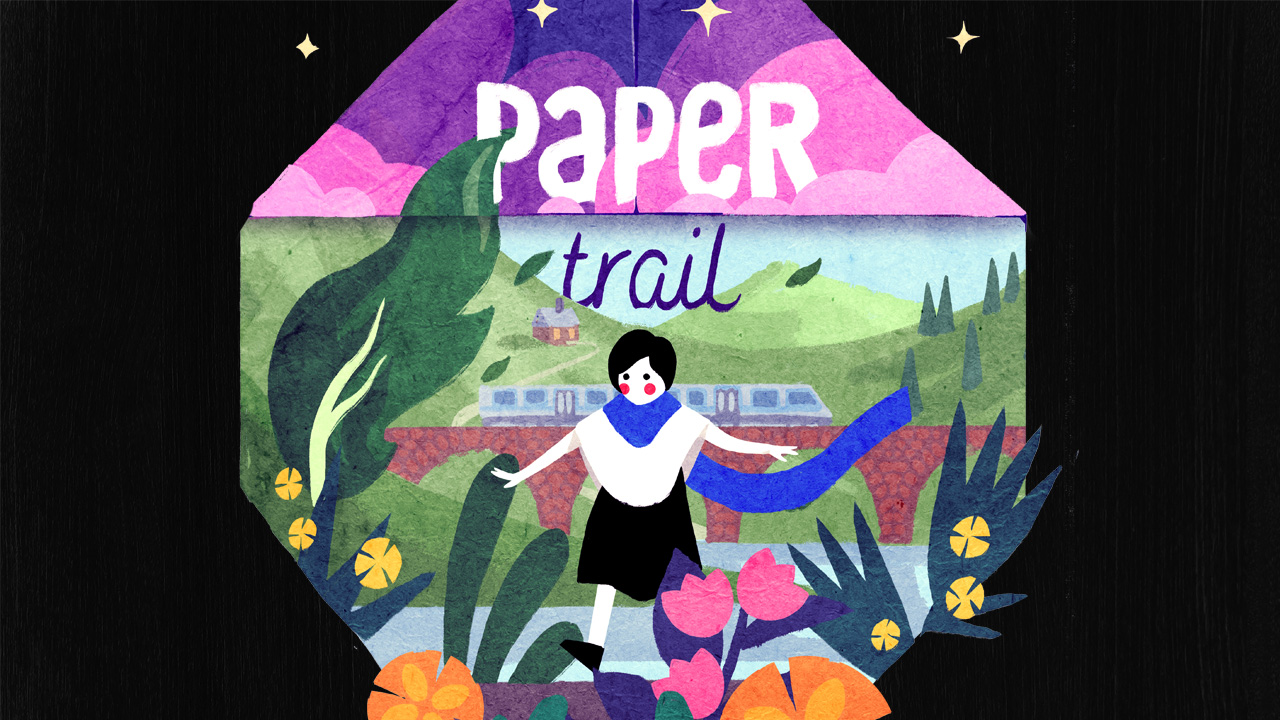 Indie House, one of the world’s largest indie game sections, closed its curtains a few weeks ago. Despite the global pandemic that prevented many teams from travelling to Taiwan in person, the organizer held an online ceremony honoring the recipients of the 2021 Indie Game Award. This year's Best Mobile Game, ‘Papertrail’, was developed by Newfangled Games from the UK. In this exclusive interview with Taipei Game Show, the team discussed their thoughts on game development and shared their acceptance speech. Everything Has a Different Aspect

The concept of ‘Papertrail’ has an interesting origin. As Newfangled Games said in the interview, the team is keen on exploring new interactive modes and narrative approaches to games. The team blended ‘origami’ elements into the gameplay because paper, as a material, can be folded, rotated, and reassembled. Different sides of a sheet of paper reveal themselves through different folding techniques, just as everything in the world changes from a different perspective. ‘Papertrail’ also introduced a time element into the game, so a paper’s different side represents a different world—one that could be in the past, the present, or the future. After the team determined the core concept, ‘Papertrail’ emerged.

During the interview, Newfangled Games mentioned that in the experimental stage of developing ‘Papertrail’, the team didn’t restrict the way or the direction the paper could be folded, in order to demonstrate the high flexibility for the gameplay using paper as a medium. However, in practice, they found this unrestricted approach confusing and detracting from players’ enjoyment of puzzle solving. Therefore, the team restricted folding directions and angles, and added aligned grid lines and mechanisms such as various paper weights, shapes, and paper that can be torn. Such a design combined with a fixed top-down view brings a unique art style to the game.

Speaking of art design, ‘Papertrail’ adopts a hand-painted watercolor style. Newfangled Games said that the visual effects and the art design in ‘Papertrail’ are naturally integrated with the gameplay. This integrated design allows players to see the puzzle designs more clearly and immerse themselves more deeply in the vivid world of ‘Papertrail’. Fun is the Only Key to a Good Game

For those who want to devote themselves to game development, here’s some advice from Newfangled Games. Firstly, you must find the project interesting. Secondly, start small. For example, the initial concept of ‘Papertrail’ was a single piece of paper, and the entire game was built upon this simple concept, making the scale of the project as small as “a piece of paper”. Once you’ve completed the core mechanisms, you can gradually build the game’s whole world around that core. Making the development fun and interesting is important, since a game will be fun to play only if you find it fun to create. Also, communicating or collaborating with other game developers is something great for you. The Newfangled Games team said this is the first award they’ve won, marking a significant milestone for them. At times, the courses of game development were very difficult—what’s more, you can’t even tell whether you’ve done it right or done it well. The challenges won’t stop even after the game is released to the public. You’ll still constantly worry about the game’s performance on the market. To be recognized by the judges of the Taipei Game Show makes all their hard work and worries worthwhile. This award has greatly strengthened their confidence and shown them that they are heading in the right direction.

Next, Newfangled Games will continue to release in-game scenes, puzzles, and character updates as the team has prepared a lot of great content. They hope to officially launch the game on mobile devices and home console platforms in the first half of next year. Newfangled Games would like to express their gratitude to their supporters, and the team invites fans to follow them on Twitter and Facebook for news and updates.