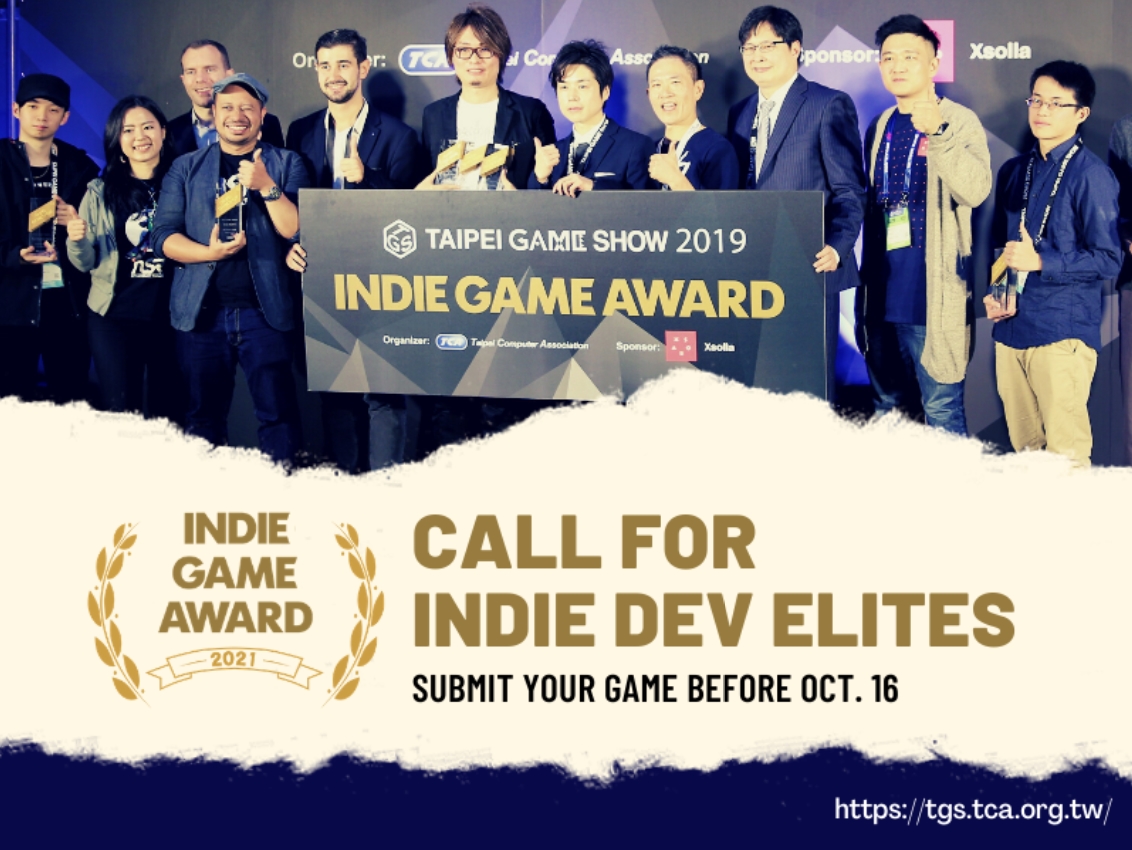 Indie Game Award (IGA) is a competition exclusively for indie game developers. It is created to foster the interaction between domestic and oversea indie game developers, and to encourage innovative game titles with rewards and international media exposures. Since its establishment in 2015, IGA has received submissions from over 30 countries, including United States, France, Poland, Japan, Korea, Malaysia, Hong Kong, just to name a few.

COVID-19 has impacted the people around the globe. Thus, this year’s Indie Game Award has made an important decision to open its registration to the global indie game community. Regardless of being an exhibitor at Taipei Game Show or not, we sincerely invite every indie dev around the world to join us on this wonderful event.