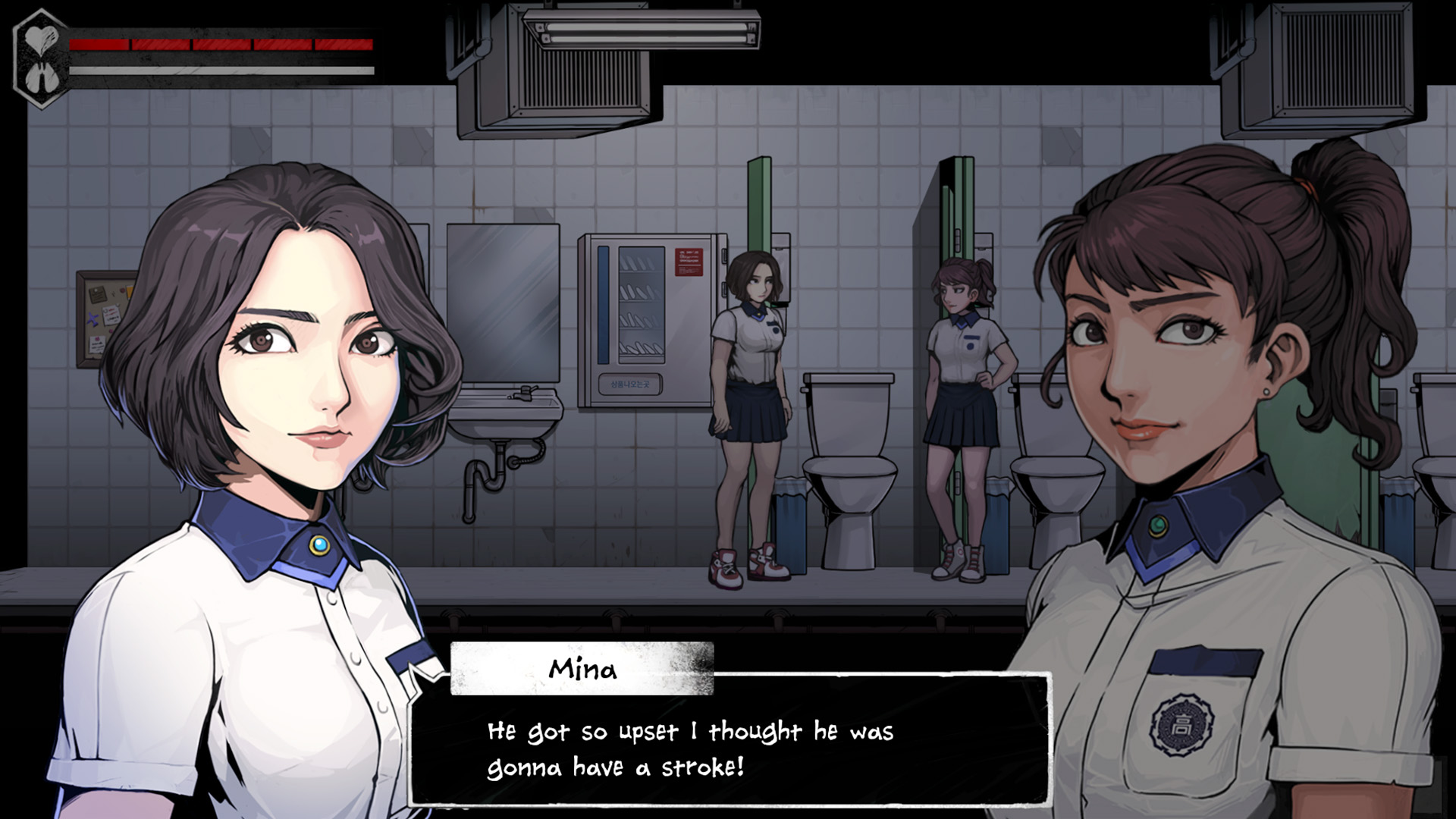 Taipei Game Show 2020 (TGS 2020) could not meet with fans in person due to the global pandemic. However, with the rapid advancement of technology, TGS2020 was able to bring the best contents in the game industry to the eyes of the gamers. As the organizer that holds the largest indie game section around the globe, Indie Game Award Online Ceremony was introduced this June to recognize the accomplishments of talented indie game developers. After the online ceremony, we took the opportunity to have an in-depth talk with the award-winning teams to get to know how receiving the award means to them. The Coma 2: Vicious Sisters, the game that won the 2020 Grand Prix and Best Narration Awards, was developed by Devespresso Games from Korea. In this interview, they talked about their game development experience, and offered their acceptance speech.

Relating Personal Experience in the Plot to Explore Campus Bullying

The Coma 2: Vicious Sisters is a typical Korean-style game where the plot begins in a Korean campus and takes on the universal bullying issue. Devespresso Games said in the interview that, the game’s predecessor, The Coma, aimed to discuss various problems that secondary school students in Korea commonly face, such as academic pressure, campus bullying, and suicide. Meanwhile, The Coma 2: Vicious Sisters delves into more sensitive issues, such as reputation damage, and gossip in schools and even in broader society, through the perspective of a female character.

During the interview, the team also mentioned that the themes and plots of The Coma and The Coma 2: Vicious Sisters reflected Minho’s (main artist and CEO) personal experience at school and Tristan’s (screenwriter and designer) past teaching experience. Tristan said that many students in South Korea are under immense pressure and each student has a different experience; therefore, discussing these issues became the series’ core value.

Devespresso Games emphasized that the development team was deeply influenced by the game styles of the 80s & 90s. Through developing a game of their own, they hope that players can experience the same fun as they did growing up. It’s worth noting that the main difference between The Coma 2: Vicious Sisters and its predecessor is that Minho gave Tristan complete freedom to design the game— resulting in the amazing story plots in The Coma 2: Vicious Sisters. Tristan mentioned that many people couldn’t believe the game script was written by an American. He shared with us that until now, some reviews continued to mention the script’s incorrect English translations. Whenever he came across these reviews, he couldn’t help cracking a smile, because the original script was written in English, and the game was translated into other languages.

When asked if they have any advice for people interested in game development, the team said that none of its members had any development experience prior to The Coma, so anyone who wants to get involved in game development should just go for it. Besides, a willingness to learn from your failures and mistakes is the most important thing. Once you’ve made your first game, you’ll have a solid foundation from which your development will only continue to improve. The last thing is to adjust your expectations, so that you balance between the success of game releases and the pursuit of perfectionism. Devespresso Games said that receiving the award really means a lot to them. When The Coma was launched five years ago, TGS was the first large international game exhibition in which Devespresso participated as a team. Five years later, knowing the game they’ve developed with heart and soul, The Coma 2: Vicious Sisters, was nominated for Best Narration and Grand Prix is a major recognition for the team—and winning the award is certainly a surprise. All those sleepless nights and efforts have paid off with the acknowledgement of the TGS judges and the gamers.

As for their next steps, Devespresso Games said that they would be happy to see the characters, stories, and worldview of The Coma appear in various media, such as novels, anime, film, and television. The team is currently working on a new title, Scarlet Hood and the Wicked Wood. They would like to thank the fans, again, for their continued support, and they expressed their sincere gratitude to the organizers of TGS for providing a stage to communicate and interact with gamers and developers from around the world. They look forward to seeing you all again very soon at the Taipei Game Show.